Enough With the Theatrics 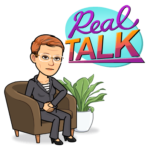 Right off the bat, I’ll be perfectly clear I am not happy with Trudeau’s inability to even consider that giving a contract to WE would not raise more than a few eyebrows. That is just simple common sense. He says he didn’t know how much his mother had made from speaking for them. I don’t really have a issue with that. Money and how much people make is not a commonplace subject in most families.

Not considering this would raise eyebrows was then further compounded by him not stepping out of discussions when it came to the cabinet table. So the Clerk of the Privy Council put forth that it would be difficult to make a decision on a program as large as the Student Grant program without the PM and the Finance minister at the table. He’s probably right. IF it wasn’t a deal being discussed that involved a group they had a public connection with. The Deputy PM should have been leading the discussion and the PM should have been silent.

Morneau’s revelation at the Finance Committee the other day that there had been an ‘oversight’ to the tune of $41,000 repayment of expenses for WE accommodations on two trips the Morneau’s had taken to WE projects in Kenya and Ecuador. A statement from WE after is pretty clear they had zero intention of billing the Morneau’s for the incurred expenses.

There was a lot of disbelief that amount of money not being paid out could go unnoticed for three years. At first glance I would have agreed. Then when I think about it a bit, if I have a busy life, even important items can get overlooked if something is there to remind me. You know, like being invoiced for expenses. Now, for the average person, the idea that $41,000 can be overlooked and go unnoticed not being paid out is mindboggling. For someone with the financial resources of the Bill Morneau, that is a small expense.

Had he brought that perspective up before the committee, the opposition members on the committee would have had a fit that he was being elitist. Instead he kept his mouth shut and let them have their fit over the fact the expenses should have been paid in a timely manner. The expenses in question were incurred at WE facilities. They incurred other accommodation and travel expenses on the two trips they paid directly. They needed to ask for a billing from WE in order to pay them. It’s the asking for the billing that was overlooked.

The Bigger Issue is Likely the WE Organization

There is a lot to unpack from this situation. The more that comes out, the more I’m thinking that we dodged a bullet by the issues being raised and the bigger issue is with the WE organization itself. Oddly enough, we might actually have a weird benefit from Morneau and Trudeau’s involvement and failure to recuse themselves. It resulted in the deal with WE being cancelled.

Having said all that, we’re still in the middle of a pandemic. We still have an economy being hammered by that pandemic and the need to keep Canadians safe while economic needs are met. That is a lot of moving parts and no roadmap to follow. We need not only the government’s attention on those moving parts, but the other parties contributing to how to make those parts move.

Let the Ethics Commissioner Do His Job

The other parties did their job. They called the government out on the deal with WE. We have an Ethics Commissioner who has started investigations of both of their actions. Let him get on with his job and stop the damn theatrics.

When I tune into question period in the House of Commons on a day when the House is supposed to be debating the extension of wage subsidy program and support for the disabled and all I am hearing is theatrics over a deal that is no longer on the table, I start to get pissed.

I get pissed that all I’ve seen out of Scheer during this whole pandemic time has been him harping that the government is doing this all wrong yet, I’ve not seen him contribute anything to the solution. It’s easy to complain, it’s harder to find solutions. Not that it matters to Scheer who has Speaker of the House presided over many of the Harper transgressions. Then there was his own that has let him to resign as leader of the Cons. A resignation that allowed him to stay around. Who else gets to quit a job and then stay in the job?

The NDP is at Least Contributing

The NDP is the party that at least has worked to contribute to the solutions. They went to bat when the government chose a poor approach to supports for the disabled which would have seen only about 40% of Canadians with disabilities receive supports. The bill being debated the other day removed the need for a disabled person to be receiving the Disability Tax Credit. I don’t get as ticked when the NDP speaks up and scores some points on the WE issue.

As for the Cons, stop with your damn theatrics and game playing and start actually contributing something to make sure Canadians get through this pandemic as strongly as we possibly can. If you don’ t like what the government is proposing, come up with suggestions and make them like adults instead of petulant children.