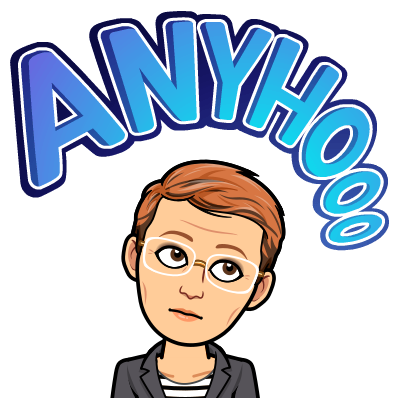 It’s been almost a month since I posted here. That’s not due to lack of activity for me to notice and comment on.

The whole WE debacle is still swirling around. I’ve not changed my mind that the Cons are creating theatre more than the matter actually being a scandal. Did the Liberals make some serious errors on how they approached setting up the program? Absolutely. Do those errors rise the level of noise and theatrics the Cons are pursuing? Absolutely not.

This past week, Bill Morneau tendered his resignation as Finance Minister. I do tend to think that Morneau is basically a decent person. His sense of not only behaving appropriately but being seen to behave appropriately is incredibly bad. For example, if you’re a minister of the Crown and on your personal time you take a trip that involves using the facilities offered by a large charity, you make damn sure those services are paid for and promptly.

While I have some understanding how Morneau can let $41,000 in expenses slip his mind, it just shouldn’t have. The guy is rich, that amount of money is not a large sum for him. I get that it can be overlooked, it just should not be. He has people working for him. There would have been nothing out of line for him to have delegated to one of those working for him to pay those expenses and to do so promptly. And to properly document the expenses. Not realize it three years later and pay the expenses on the day you’re scheduled to appear before a government committee on the subject.

The failure to recuse himself from the cabinet table during the WE decision making was bad enough. The failure to pay the expenses made it worse. Although not clearly stated, it does appear the Prime Minister was caught unaware by the unpaid expenses.

I don’t think that WE is the only reason Morneau left as Finance Minister. We’ll know better when the Throne Speech happens on September 23rd but I really think that the departure has a lot to do with Trudeau and Morneau having differing views on the direction the country is going to go. I suspect Morneau was wanting a more traditional, circle the wagons, make cuts and try to balance the budget. Trudeau seems to be headed in a different direction.

The idea of a more broad-based income support for low income Canadians has been gaining momentum, spurred by the CERB program. There are a lot of aspects of how to accomplish this to consider. Not the least of which is how to finance it. When you transition to a program driven by income levels rather than a range of programs where eligibility has to be determined, there is an immediate savings on administration. Then there is the savings from streamlining multiple programs into one.

There has also been discussion about a national child care program. We almost had one during the Paul Martin era and then Harper killed it. Now could be the time to re-introduce the program. Up to 10 sick days a year is being built into the system at least in the short term as part of the pandemic response. That may move to part of our national  strategy.

Something suggested but not talked about a lot has been moving long term care homes to become part of the universal health care system. The toll this pandemic has had on our seniors is a national tragedy and shame. It has laid bare the minimal care seniors receive in long term care. Much of the bare bones policies driven by for profit homes. Standards of care need to be set and heavily enforced. If for profit homes can’t make a profit then they need to go out of business. Health care in this country should have business principles applied but not be for profit, ever.

So, Morneau is moving on, the Cons continue with their theatre and histrionics over WE and anything else they can try to make a mountain out of. Meanwhile the government and the NDP will get on with discussing programs which actually benefit the country.